When the going gets tough, we get going: onze direct search oplossing op expert & management level.

When ICT is key. Toptalent in ICT.

Each month, #ZigZagHR interviews an international HR professional. This time Lesley talks to Ellen Heirbaut, Technical Recruiting Manager at Yelp in the renowned San Francisco Bay Area. How did she end up there? A conversation on fierce recruitment, the power of the Rooney Rule and discussions by the watercooler. Not to mention the importance of high fives.

Nearly a decade ago, Ellen Heirbaut traded Waasland, Belgium, for the San Francisco Bay Area in the pursuit of love and her thirst for adventure. At a fairly young age, she felt as if she had already accomplished many personal goals: a boyfriend, a house, a job. During a trip across North America, she fell in love with San Francisco, where her partner impulsively started applying to tech companies, including one at Yelp. Soon, he received a job offer and they made plans to stay for one of two years. However, as you know, life’s ways are unpredictable. About 9 years later, Ellen is still living in the Bay Area with her kid, has separated from her partner and works as Technical Recruitment Manager at Yelp, one of the US’ largest review websites.

Yelp was founded in 2004 by two former PayPal employees, Jeremy Stoppelman and Russel Simmons. The website, which runs on user reviews, has the reputation of making or breaking local shops and restaurants. The idea for an email-based network of references arose after Stoppelman could not find a local recommendation for a doctor when he caught the flu.

Where to start?
Take a leap and swim

Even though the United States may be known as the country of unlimited possibilities, it was anything but easy to obtain a green card. Ellen Heirbaut started as a Technical Recruiter with Randstad Technologies, with little knowledge of the subject. The fact that she did not give up then, still makes her proud. Dare to ask questions and be comfortable with being uncomfortable, those are the keys. “It was not easy. There are many different types of designers out there and you really need to know the difference. Java is not Javascript - you need to learn the terminology. That is not something you get from a dictionary; you learn by doing. Just take a leap and swim.”

Already early on, she discovered that she does not only get a thrill from looking for the unfindable candidate, but that she is very good at it as well. She has been working for Yelp for about 6 years, where she runs a remote team of recruiters that is responsible for the recruitment of engineers. Her team is spread across Canada, Chicago, LA, San Francisco, Hamburg and London. “Why am I still working here? It just clicked, as of the first conversation. Not only with Yelp, but with the entire community of tech companies and the Bay Area. Moreover, the tech mentality cannot only be found here in San Francisco but also in Austin, Portland and New York.

“Here, people take matters into their own hands. When I was working in Belgium 9 years ago, that was not the case. We have much more diversity here in the workplace, which automatically leads to more innovation. People are each other’s biggest supporters, they encourage each other, applaud each other during shout-outs, give high fives. People here are constantly fed in their hunger for growth.”

How to persuade?
Conversation over compensation

Obviously, a fiery war for talent is raging in the Bay Area. Strong technical recruiters, specialized in software engineering, are particularly in demand there and are constantly being snatched away. How she persuades engineering candidates to come work for Yelp? “Not just via compensation, even though that is an important part of the job interview”, Heirbaut explains. “Recruiting engineers in San Francisco? It is a particularly competitive market. It is crucial to find people that fit the narrative, that match the mission. We are no longer a trendy start-up; however, it still feels that way, because people really have an impact here. Engineers get the opportunity to come up with new products that will actually be marketed.”

“At Yelp, you do not get lost in the crowd either,” she adds.

“We have combined the stability that a large company can offer with the culture of a start-up. Since Covid-19, we also feel the competition from delivery companies. Money can always win people over on short term. A technique often used: binding talent to your company by deferred compensation and by issuing shares that can only be monetized after 4 years. Then that is the retention policy. For us, however, conversation is more important than compensation.”

How to recruit?
Introducing: The Rooney Rule

“Our new weapons in the battle for talent? First and foremost, you cannot just provide applicants with a generic answer; you need to let your mission statement and values be part of the conversation. People need to capture the mission of the company and want to connect with it. However, that’s not new. What is new, is the increasing attention for diversity, partly fueled by current affairs. Diversity is a prominent topic, also during job interviews. As a company, you cannot get away with not having a strategy around diversity and inclusion. At Yelp we focus on this because engineers are more often white males.  There, however, is no magical solution, you need to consciously work on it and be in constant dialogue with co-workers.”

In America, many tech companies swear by the Rooney Rule. “We practice it too”, says Ellen Heirbaut. “The rule is simple: make sure that for each vacancy, at least one woman is invited for an interview, and preferably also someone from a (different) minority. The rule takes its name from American football, where Dan Rooney, in 2003, issued the measure that for every management position at least one candidate from a minority had to be invited."

How to challenge?
Forget that one perfect profile

“our sourcers are wizards that succeed in searching for and finding even the hardest profiles out there. They collaborate with the recruiter to get an idea of the skillset and then deploy numerous sourcing tools.”

Needless to say, there are many sourcers that are all using those same tools.

“That doesn’t mean that you should stop searching for the perfect candidate”, Heirbaut recommends. “When a hiring manager provides me with a list of 15 requirements, I will definitely challenge him or her, also in the context of diversity.

Research shows that women only apply for a job when they 100% meet the requirements, which can be a high threshold. That concern also applies in terms of diploma: in the United States, higher education is not accessible for everyone because of the high cost involved. You need to take that into account. Everyone at Yelp is interviewed by a panel of recruiters, we have four people interviewing candidates and there is always a shadow interviewer in order to avoid any bias.”

How to collaborate?
The sharp turn to a hybrid way of working

In the meantime, Heirbaut also struggles with the question on how to achieve optimal remote collaboration: “The evolution towards remote work would have happened anyhow, among other things because of labor shortage and cost-effectiveness.  The salaries in San Francisco are fundamentally different from the ones in Chicago or let’s say Nebraska.

So, by hiring people remotely, you also save money on labor costs. Moreover, remote collaboration makes people more productive, even though I do not believe that this effect will be lasting. A bigger challenge to me is the evolution towards a more hybrid way of collaborating, where part of a team is together at the office and the other part joins remotely. We are already installing the necessary tools and are not forgetting the informal chats - which do remain very important. However, those spontaneous conversations down by the watercooler or in the elevator are hard to replace…”

Recruitment tools are a great support, but they are also nothing more than that. In the Valhalla of tech companies, Yelp is betting on the human aspect. “You use a story to seduce people to come work for you, that is something you do not leave up to an algorithm,” according to Ellen Heirbaut. Yelp's recruitment team is part of the engineering team and therefore not part of HR.

Every Monday a training is organized to explain new features. “That way you learn many new things, but what’s most important is not holding back when it comes to questions," comments Ellen Heirbaut.

The explosive growth of learning at Sanofi

When the appetite for learning becomes voracious

House of Talents takes over The Human Network

The Dutch company The Human Network has been acquired by the Belgian organization House of Talents, a memorable moment for both parties 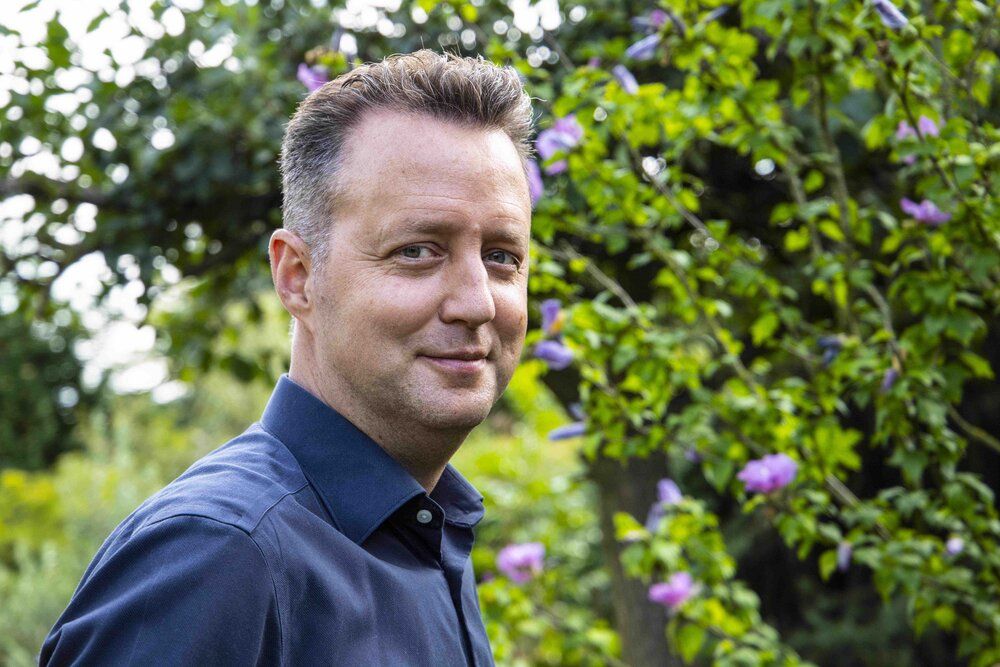 How to stand out as an employer in a competitive job market?

Employer branding it is 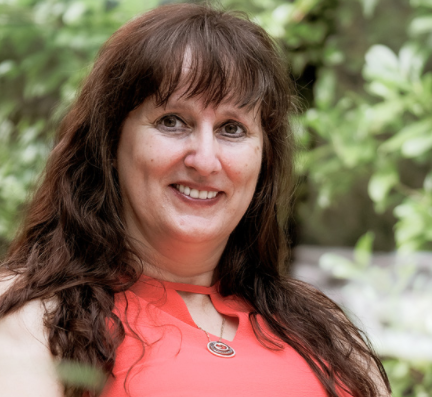 5 helpful ways to persuade people as an HR professional

How can you persuade people? How do you turn a "no" into a "yes"? 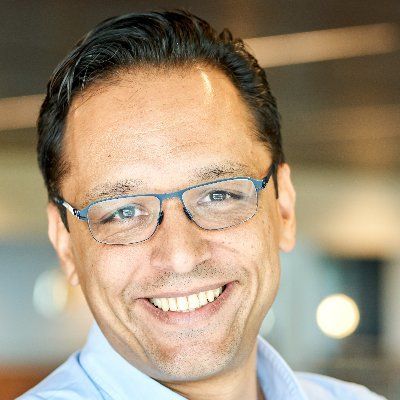 Every month #ZigZagHR reaches out to an international HR professional. This month Lesley connects with Nuno Gonçalves, Global Head of Strategic Capability Building at the American multinational Mars Inc, senior faculty member of the Josh Bersin Academy and one of the contributors of The Big Reset Playbook.

Every organisation’s goal is to have a clear strategy. A strategy that is supported by its employees. A strategy that its customers feel in the customer experience they get. And yet many companies struggle with their strategies. Convincing and motivating employees to really support their company strategy remains a challenge for them. Why is that?